As I’ve continued to brainstorm my possible return trip to Japan and Korea I thought it might be worthwhile to break down the trip by region and try to come up with itinerary ideas for each one. My plan is to makes these posts a series and publish one per week. These posts are not going to be exhaustive summaries of what I’d like to see and do in each region but should give you a good idea of where I’m thinking of going.

Today’s post is dedicated to the Kanto region of Japan. Kanto is comprised of the Tokyo metropolitan area and the prefectures surrounding it, plus a number of small islands south of that part of the Japanese mainland. In the map below the Kanto region is the part of Japan colored red. 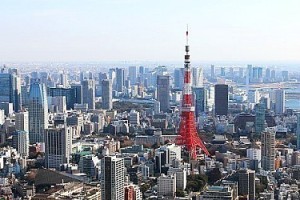 Tokyo is where this potential journey will likely begin and end, and I’ll probably spend a few days in Tokyo after landing before heading out to explore other parts of Japan. Having seen many of the city’s attractions during my first visit in 2017, I have an idea of what places I’d like to revisit, and among them are Asakusa, the Meiji Shrine, and taking in the nighttime view from Roppongi Tower. I’ll also try to get to some places I missed in 2017 like the Tsukiji Outer Market. Tokyo is like Paris and London in that you could spend a whole week there and still not run out of things to do.

About 25 miles south of Tokyo is the town of Kamakura. I did a short afternoon visit to Kamakura in 2017 but didn’t see as much as I would have liked so if possible I’m going to try to visit the town again and dedicate most of a day to it. The Great Buddha will definitely be worth a second visit but I really want to check out all the temples that I missed out on in 2017. Perhaps I’ll even get all the way out to Enoshima, an island right nearby Kamakura that’s accessible by train.

I meant to visit Hakone in 2017 but the schedule of my trip sadly didn’t work out. Should I return to Japan in 2019 I’m going to make another effort to visit Hakone, either as a daytrip from somewhere else, or more ideally by spending a night (or two) there. The views of Mt Fuji from Lake Ashinoko on clear days appear to be really good based on the photos I’ve seen online and the town seems to be renown for its hot springs due to the nearby volcano. Because Hakone is a popular place I’ll need to make sure I’m there on a weekday to avoid the worst of the crowds.

The mountain town of Nikko is a nice escape from the bustle of Tokyo and also has the advantage of more pleasant weather than Tokyo during the hotter months. In 2017 I spent two nights in Nikko and had a really good time there so it’s an easy nomination for the list of places to return to. The Toshogu Shrine and other temples in Nikko are always worth a visit and nearby Lake Chuzenji is a place I want to explore more if I am able. 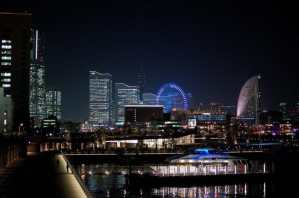 Yokohama is a major city near Tokyo and from the little bit of research that I’ve done so far it looks like it might be worth a single night of the trip. Or it might possibly be a daytrip from Tokyo or another city. Whatever the case, I’m guessing I’d be visiting Yokohama near the end of the journey. It might be the last city I stay in before returning to Tokyo for the last few days of the trip.