It’s time for the tenth and final entry in my series of itinerary ideas for my trip to Japan and Korea later this year. Today I’m focusing on the Chubu region of Japan, which in the map below is the part of Japan colored light blue. Located right in the middle of the island of Honshu, for a lot of tourists Chubu is merely that part of Japan that they pass through when taking the shinkansen from Tokyo to Kyoto. I’ll admit I only saw a tiny bit of Chubu myself in 2017, so for 2019 I’ll be staying in the region a little longer. One thing I’ll need to keep in mind while planning this region is that it will be mid to late November when I’m traveling there, so by then it will probably be cold up in the mountains. 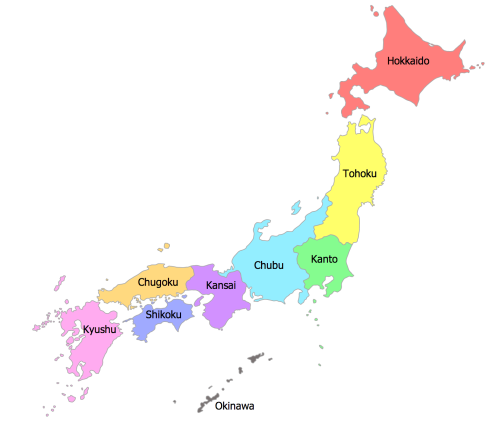 In 2017 I spent two nights in Kanazawa and while it’s a cool city and I’d like to return I’m not sure if I’ll be able to fit it into 2019’s schedule. If I can revisit Kanazawa I’ll probably again spend two nights there just so I have a full day of going around the city, preferably by bicycle. The city’s buses work well to get around town but bicycling across Kanazawa was an unexpected treat for me in 2017. Among the places I’d be cycling to would be the Kenrokuen Garden and Kanazawa Castle, as well as the various temples and teahouse districts. 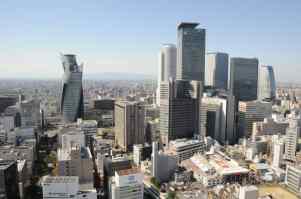 Nagoya is sometimes mocked as Japan’s most boring big city, and from my research so far it looks like that’s not entirely unwarranted, but it’s also a major transportation hub and I’m thinking about using it as a base for day trips to places such as Ise Shima (see my Kansai post for info in Ise Shima). Within Nagoya itself I’ll probably visit the observation deck at Midland Square, the reconstruction of the city’s castle, and maybe also the railway museum. Because I’m using Nagoya as a base I’ll want to find a place to stay near the train station so that I can set out early each morning and get the most out of each day trip. 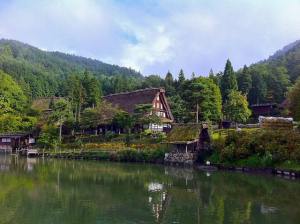 One potential day trip from Nagoya is the town of Takayama (sometimes called Hida-Takayama to differentiate it from other towns with the same name). Located up the mountains, Takayama used to be an important source of high quality wood and today it has a very well preserved old town with buildings dating as far back as the 1600s. On the outskirts of Takayama there is also an open-air museum featuring 30 traditional homes from the region that were built during the Edo Period. While I’m currently thinking of Takayama as a day trip from Nagoya there’s also the possibility that I stay the night there if I end up revisiting Kanazawa, since Takayama would be on my route between the two cities.

Another day trip idea I have for when I’m in Nagoya is the Kiso Valley. I’d be visiting the Kiso Valley to see similar things as Takayama, namely well preserved towns from the Edo Period, so depending on how my trip pans out I could visit the Kiso Valley as a substitute for Takayama, or vice versa. The towns of the Kiso Valley used to be on one of the main roads linking Edo (Tokyo) with Kyoto and thus were places where travelers would stop during their journeys. The three towns that I’m looking at right now are Tsumago, Narai, and Magome.

Deep in the Japanese Alps, the mountain town of Matsumoto could potentially be the last place I visit in Chubu on my way towards the Kanto region. The main things I’d be checking out would be the former merchant district of Nakamachi and Matsumoto Castle, which is one of Japan’s surviving original castles. Central Matsumoto isn’t that large and my time in the city wouldn’t be long but it looks like a pleasant place to visit before I make my way down towards the endless urban sprawl of the Tokyo metropolitan area.