When I came down from the Tokyo Metropolitan Government Building I walked all the way from there to the Meiji Shrine. I entered the shrine grounds through the northeast entrance, which is a lot quieter than the main entrance by Harajuku Station. Walking into the green forest of the shrine grounds felt like I had somehow teleported out of the ocean of gray buildings that make up most of Tokyo.

As I was steadily walking in the direction of the main buildings of the shrine I heard someone talking on a loudspeaker off to the side. I was in no hurry so I decided to take a detour and see what was going on. A short distance off of the main trail I came upon some sort of firefighter event that was being held in the parking lot of one of the shrine’s administration buildings. I didn’t have a good view of what was going on, but as best as I could tell the Shibuya Fire Department was hosting either an exhibition or a competition between various firefighter teams. Crews of firefighters were running relays and operating an assortment of firefighting equipment. 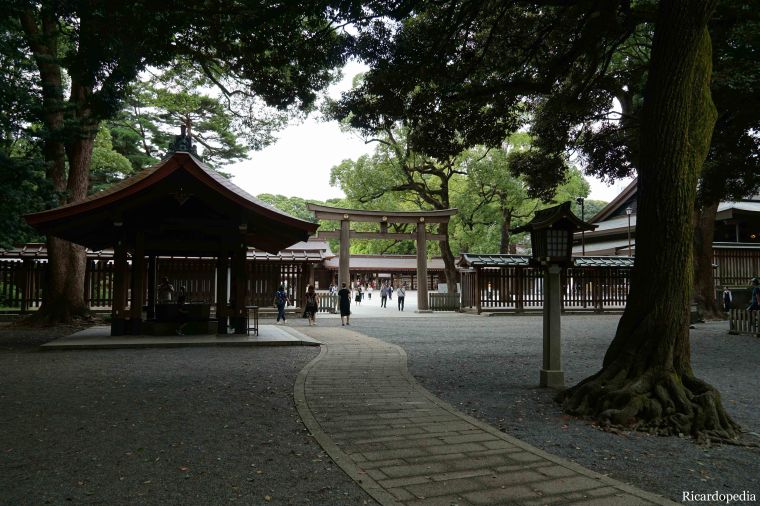 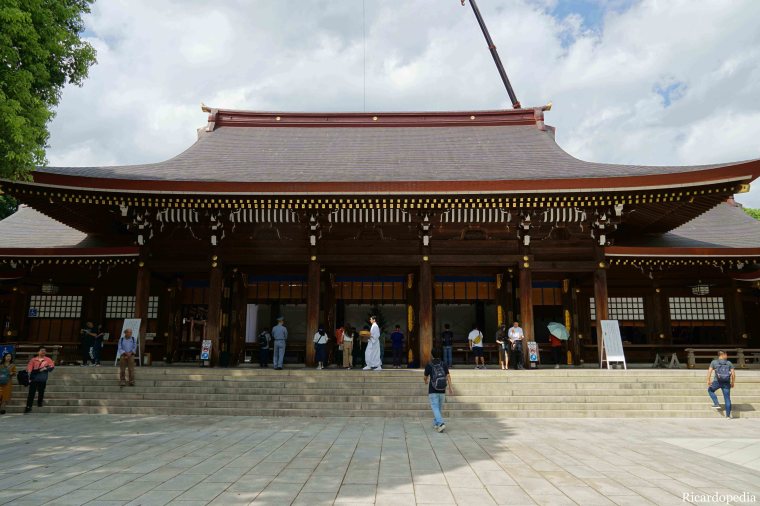 After spending a minute watching the firefighters, I returned to the walking trail and made my way to Meiji Shrine’s central complex. In 2017 the shrine’s main buildings had been covered over but since then the workers had made some progress and now the buildings were uncovered. That said, there was still work being done in the back of the shrine and I couldn’t see very far into the rear. (Photos of the interior of the shrine buildings are prohibited, so I can only show you these ones I took a short distance back from it) 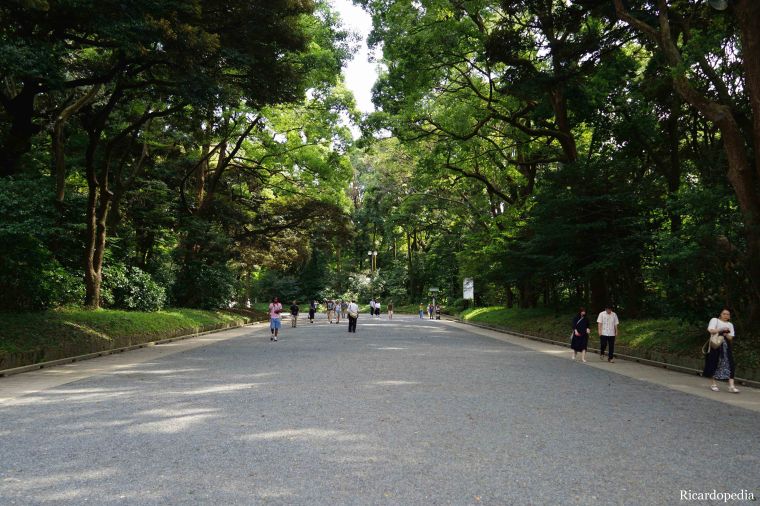 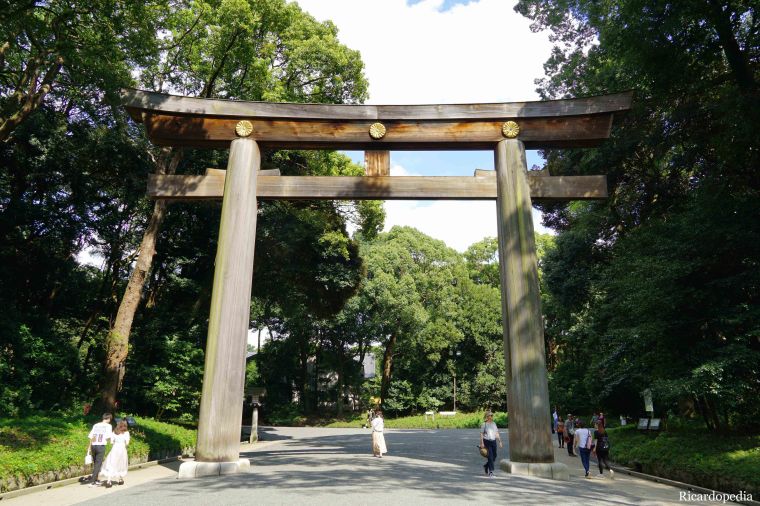 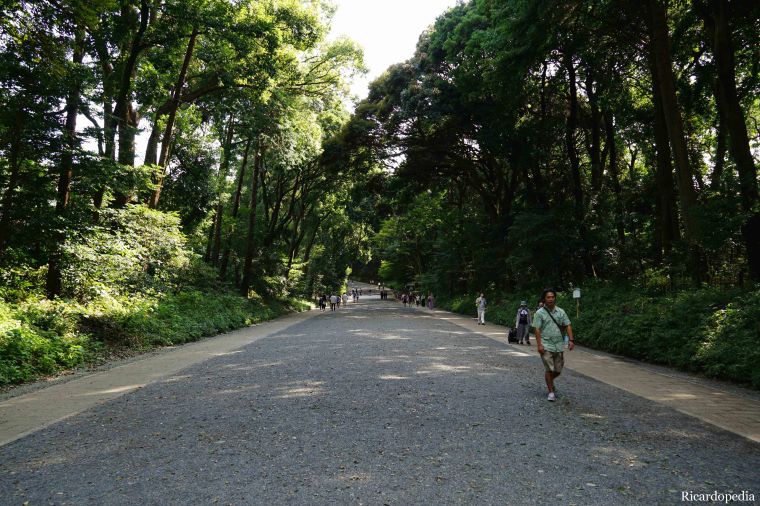 Since my next destination was Shibuya, I started down the trail towards the shrine’s main (southeastern) entrance. This path is how most people enter and exit the Meiji Shrine and along the way you’ll find barrels of wine that have been donated from France as well as ceremonial sake barrels. The shade from all the trees provided some nice relief from the warm weather that day and I took a leisurely pace as I made my way out of the shrine. At the entrance I ended up helping a few other tourists get photos of themselves in front of the large torii gate that’s located there, and then got a couple of photos myself before continuing on with the day’s sightseeing.